Meet Inspiring Speakers and Experts at our 3000+ Global Events with over 1000+ Conferences, 1000+ Symposiums and 1000+ Workshops on Medical, Pharma, Engineering, Science, Technology and Business.

Unique Opportunity! Online visibility to the Speakers and Experts

The American University in Cairo Egypt

The theme of the conference highlights the interdisciplinary nature of Nuclear Physics and Atomic Physics. Scientific Tracks designed for this conference will enable the attendees and participants to learn extremes.

Atomic Physics is the study of atoms as an isolated system of electrons and an atomic nucleus, whereas nuclear physics studies the constituents (protons and neutrons) and interactions of atomic nuclei. Atomic Physics also describes the physics of molecules and their properties. The essential concerned is with arrangement of electrons around the nucleus and the processes by which these arrangements change which includes ions and neutral atoms. In nuclear physics the various applications are Radioactive dating (geology, paleontology, archeology, art), Nuclear medicine (Medical Diagnosis (PET, MRI) cancer treatment with proton or heavy-ion beams), Electric power generation (nuclear fission / fusion reactors), National Security (nuclear weapons stockpile),  ion implantation in materials engineering.

In the light of this theme, the conference series aims to disseminate the advancements of research in Atomic and Nuclear physics to the global community by creating a platform for active participation of industries and academic organizations through exchange of new ideas amongst the of expertise and lateral thinking from researchers, scientists and students through invited plenary lectures, symposia, workshops, oral and poster sessions of unsolicited contributions.

Atomic physics studies about the atoms which isolates the system of electrons and an atomic nucleus. This deals with the properties of atoms, which are mostly due to their electron configuration. Atomic physics is mainly concerned with electrons encircling the nucleus of an atom. It has led to important applications in medicine, lasers, communications, etc. and also providing a testing ground for Quantum Theory, Quantum Electrodynamics and its derivatives.

Nuclear physics is the field of science that studies about atomic nuclei, constituents and interactions. Nuclear Physics on the other hand, apprehensions itself with the particles of the nucleus called nucleons (protons & neutrons). The research in this field has led to many applications such as  nuclear power, nuclear weapons, nuclear medicine, nuclear magnetic resonance imaging. The modern nuclear physics includes nuclear fusion, nuclear fission, nuclear decay and Production of "heavy" elements using atomic number greater than five.

Quantum physics also known as quantum mechanics which includes the quantum field theory is a division of physics which describes the nature at the minimum scales of energy levels of subatomic particles and atoms. Quantum physics can release the separate performances of the subatomic particles that consists all forms of matter (electrons, protons, neutrons, photons, and others). Heavy nucleus which contains hundreds of nucleons is treated as a quantum-mechanical one.

Atomic spectroscopy studies about the electromagnetic radiation absorbed and emitted by atoms. In the determination of elemental compositions the electromagnetic spectrum or mass spectrum is applied that can be distributed by the type of spectroscopy used or with the atomization source. For systematic use the technology of atomic spectroscopy has generated three techniques such as Atomic Absorption, Atomic Emission and Atomic Fluorescence. The transitions involve the relaxation and excitation of the outer or bonding shell electrons of metal ions and atoms and the corresponding photons have energies inside the visible regions of the spectrum and ultraviolet. A decent instance of this is the dark absorption lines in the solar spectrum.

Atomic and Molecular Astrophysics implements atomic physics calculations which use atomic data for reading astronomical observations. Atomic physics plays a main role in the arena of astrophysics because the astronomers get the information about any particular object through the emitted light, as this light will arise through the atomic transitions. Molecular Astrophysics studies about the emission of molecules which are in space. The molecules which are having more number of observable transitions are nearly 110 interstellar molecules.

Laser Atomic Physics Laser stands for Light Amplification by Stimulated Emission of Radiation. The physics of an atom laser is similar to that of an optical laser and the main difference between an optical and an atom laser is that atoms interact with themselves, cannot be created as photons and retain mass whereas photons do not. Main applications of the atom laser are atom holography and atom interferometry.

Plasma physics is the study of a state of matter comprising charged particles. Plasmas are usually created by heating a gas until the electrons become detached from their parent atom or molecule. This so-called ionization can also be achieved using high-power laser light or microwaves. Plasmas are found naturally in stars and in space.

Nuclear reactor physics deals with the study and application of chain reaction to make a controlled rate of fission in a nuclear reactor for the production of energy. Many nuclear reactors use this chain reaction to bring a controlled rate of nuclear fission in fissile material which releases both energy and free neutrons. The reactor comprises of nuclear fuel, generally surrounded by a neutron moderator such as regular water, heavy water, graphite or zirconium hydride.

Atomic Physics deals with the atoms which isolates the system of electrons and atomic nucleus. Atomic physics also aids to understand the physics of molecules to describe the physical properties of molecules. This field is associated with nuclear reactor and nuclear weapons because of the enormous use of atomic and nuclear physics.

Nuclear Physics studies about the atomic nuclei of their constituents and interactions. This field has led to many applications such as nuclear power, nuclear weapons, nuclear medicine and magnetic resonance imaging, industrial and agricultural isotopes, ion implantation in materials engineering.

Conference Series LLC Ltd welcomes you all to the “World Congress on Atomic Physics and Nuclear Physics” with the theme “Moving to Master Physics at Atomic Level”. The conference will be held during November 21-22, 2022 at Rome, Italy. The Committee is looking forward to organize an exceptional meeting with an interesting sessions and to meet new people from different parts of the globe, where one can share one’s subject and passion.

Euro Atomic Physics 2022 conducts a wide range of Sessions and Tracks which provides the participants and all the attendees with an opportunity to extend their information in the subject and interact with professionals in the field of Atomic Physics and Nuclear Physics. The agenda of the conference highlights new and advanced science and current topics with interesting Sessions, Symposia, Workshops, Plenary talks, Keynote Presentations, Young Researchers Forum and Poster Sessions.

Rome has the status of a global city in 2016, Rome ranked as the 14th-most-visited city in the world, 3rd most visited in the European Union, and the most popular tourist attraction in Italy. Its historic centre is listed by UNESCO as a World Heritage Site.The Vatican Museums are among the world's most visited museums while the Colosseum was the most popular tourist attraction in the world with 7.4 million visitors in 2018.Host city for the 1960 Summer Olympics, Rome is the seat of several specialized agencies of the United Nations, such as the Food and Agriculture Organization (FAO), the World Food Programme (WFP) and the International Fund for Agricultural Development (IFAD). The city also hosts the Secretariat of the Parliamentary Assembly of the Union for the Mediterranean(UfM) as well as the headquarters of many international business companies such as Eni, Enel, TIM, Leonardo S.p.A., and national and international banks such as Unicredit and BNL. Its business district, called EUR, is the base of many companies involved in the oil industry, the pharmaceutical industry, and financial services. Rome is also an important fashion and design centre thanks to renowned international brands centered in the city.

Atomic Physics systems has been increasing due to the developing necessities of the industries as wells as the substantial demand. Atomic Physics market is estimated to reach USD 5.60 Billion by 2020, rising at a CAGR of 6.0% through the calculation period of 2015 to 2022. North America probably is expected to have the largest share, in the upcoming years; the atomic physics market is expected to see the maximum growth rate in the Asia-Pacific region, with accent on India, China and Japan. Some of the key players in the global atomic physics market comprise Agilent Technologies (U.S.), PerkinElmer (U.S.), Thermo Fisher Scientific (U.S.) and Bruker Corporation (U.S.).

Stakeholders of the Atomic Physics Market

Nuclear Physics is used to define, describe and forecast the market on the basis of process, end users and region. Nuclear Physics market is expected to increase from $3.95 billion in 2018 to $5.26 billion by 2023, mounting at a CAGR of 5.9% through the calculation period of 2018 to 2023. We can determine the Top-down and bottom-up approaches size of the nuclear physics market with respect to four main regions i.e., North America, Europe, Asia-Pacific and the Rest of the World. It provides the complete details of the competitive landscape for the market leaders for the opportunities of stakeholders.

Details of Atomic Physics and Nuclear Physics Conference 2020 in Italy:

On this auspicious occasion, Conference Series invites the participants from all over the globe to take part in the 7thInternational Conference on Atomic and Nuclear Physics at London, UK July 27-28, 2020.

The theme of the conference highlights the interdisciplinary nature of Nuclear Physics and Atomic Physics. Scientific Tracks designed for this conference will enable the attendees and participants to learn extremes.

Also, we thank the Organizing Committee, Keynote Speakers, Chairs & Co-Chairs and also the Moderator of the conference whose support and efforts made the conference to move in the path of success. With the unique feedbacks from the conference, we are pleased to announce the “Euro Atomic Physics  2022” to be held during November 21-22, 2022 in Rome, Italy.

To Collaborate Scientific Professionals around the World

All accepted abstracts will be published in respective Conference Series International Journals.

Abstracts will be provided with Digital Object Identifier by

Universal acclaim based on
8960 Ratings 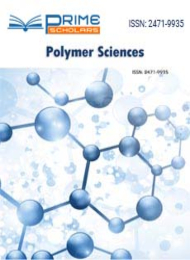 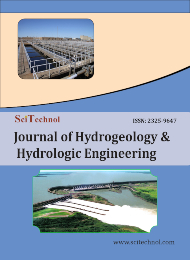